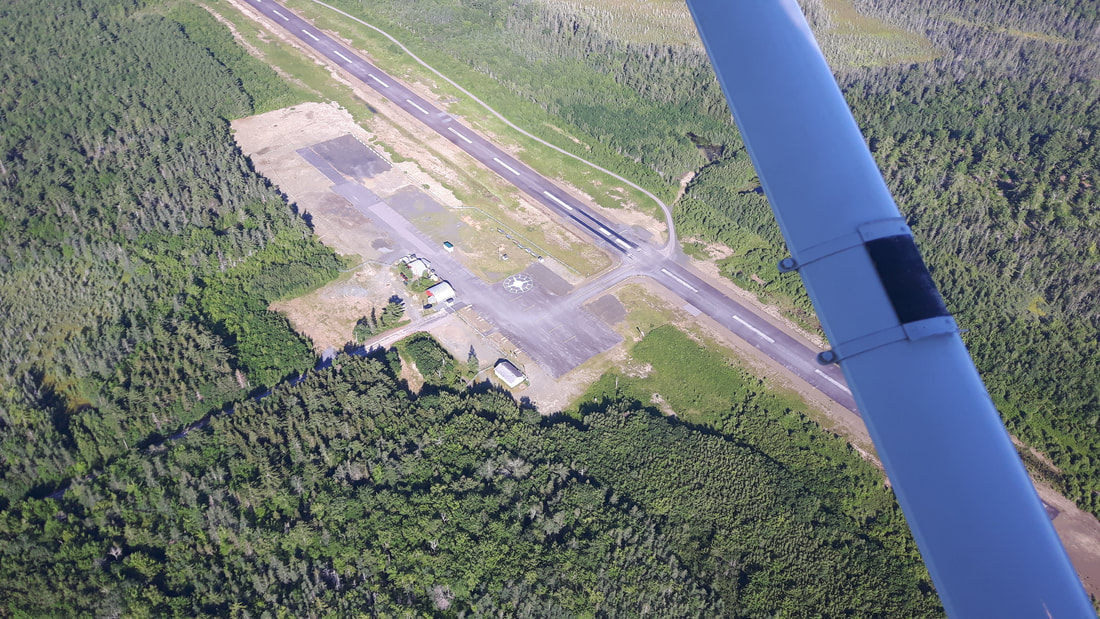 In her budget address, April 28th 2021, Mayor Darlene Norman of the Region of Queens Municipality announced approval of an above-ground fuel system for the South Shore Regional Airport

Mayor Norman said in her speech:  "After a 13-year pause without fuel at South Shore Regional Airport, a new above ground fuel system will be installed later this year at a total cost of approximately $50,000.”

The South Shore Flying Club will be assisting financially with the ‘installation’ of the fuel system. The SSFC has been working toward this goal for several years and we are extremely pleased that Council has arrived at this decision.

The SSFC would like to thank Mayor Norman, Past Mayor Dagley, Jenny Rockett, and all councillors present and past who believed in the importance of the airport and the value in keeping it as a valuable piece of infrastructure for the RQM. To all of those folks who have been working tirelessly to help make this project a reality. Thank You!

SSFC Directors
Glenn Parlee
Peter Gow
Barry Mercer
David Afford
​David Oickle
Starting 22 April 2021, people from outside Nova Scotia, Prince Edward Island and Newfoundland and Labrador will not be allowed to enter Nova Scotia unless their travel is essential or they are permanent residents of Nova Scotia.

December 12, 2017; Liverpool, NS:   South Shore Flying Club (SSF Club) and the Region of Queens Municipality have entered into two new lease agreements that will allow the programs and activities of the SSF  Club to take off.  At the December 12, 2017 Regular Council meeting, Council approved entering into a 13 year lease with the Club for the terminal building at the airport, and also a 13 year lease for the 40,800 square feet of land located at 80 Airport Drive, Greenfield with the intent that it be used by the SSF Club to build hangars.
“Following a period of growth and development over the past year and a half since they began the lease for the South Shore Regional Airport, the South Shore Flying Club determined some additional needs that would increase the capacity of the group,” said David Dagley, Mayor of the Region of Queens Municipality.  “Council has been happy to see the Flying Club moving forward, actively promoting the airport, and growing its membership as well as increasing and improving on the infrastructure at the airport.”
The 13 year leases will come into effect on January 1, 2018 and continue through to May 31, 2031, which is also the renewal date for the current airport lease that the SSF Club has with the Region of Queens Municipality.
“We signed the Management lease to operate the South Shore Regional Airport in June 2016. It is our hope that we can grow the facility to attract new pilots, and existing pilots from other areas, and around the South Shore. Also to attract new businesses to the area; knowing they would have a viable airport within the South Shore to help grow their business. Obviously this could be a vital link to getting their products or clients in and out of the area quickly and efficiently,”  said Peter Gow, Vice President of the South Shore Flying Club. “The area would also benefit from having this airport in place, in case of fire (as happened 2 years ago) to get fire fighting aircraft in to the fire area quickly, or in case of natural disaster, to be able to move people in and out effectively. Air ambulance services would also be able to use the airport. A long term goal would be to offer fuel for aircraft which we do not have now. This is a very expensive endeavour; so we want to start small and get established before we look into that possibility.”
During the first 18 months  of operating the airport, the SSF Club has made steady progress, with members painting  the runway markings and taxiway lines to give pilots better visibility both on the tarmac and from the air coming in to land, and also installed new flags and a new windsock, which had its location moved from the north to the south side of the runway to give a better reading of winds. Two members spent about 50 hours redesigning and painting a compass rose which is used to adjust aircraft on board compasses.  The SSF Club held a fundraiser in March of 2016 for their annual insurance premiums, and noted that they were well supported by the community in donations of items for silent auction, as well as in their bids.
The South Shore Regional Airport is located at 80 Airport Drive, Greenfield, Queens County, Nova Scotia, and is airport code CYAU.  Featuring a 75 foot wide by 3,933 foot long paved unlit runway, with no fuel on site, the South Shore Regional Airport is operated by the South Shore Flying Club, and is also home to the Greenfield Dragway, operated by the Nova Scotia Drag Racers Association.